Poppy Station "is an interdisciplinary community of beginners and experts, scientists, educators, developers, and artists, who all share a vision: Robots are powerful tools to learn and be creative." Poppy Project is an ecosystem of robots that includes not only Poppy Ergo Jr, but also Poppy Torso, and Poppy Humanoid, and Poppy Station is the nonprofit in charge of promoting the robots of the Poppy Project family.

The Ergo Jr is a low cost, 6-DOF arm designed for education. It is easy to build and modify, and uses 3D printed elements along with ROBOTIS' DYNAMIXEL servos and plate & rivet system. More information can be found at https://www.poppy-project.org/en/robots/poppy-ergo-jr/

As an open-source project, you are free to source each part individually. However, for our Poppy Ergo Jr Bundle Kit, we have put together a kit with everything you need(except the Raspberry Pi 3 B) to get started with the Ergo Jr. Keep in mind that there is a small deviation from the original Poppy Project BOM.

What's included with the kit (Raspberry Pi 3 B not included): 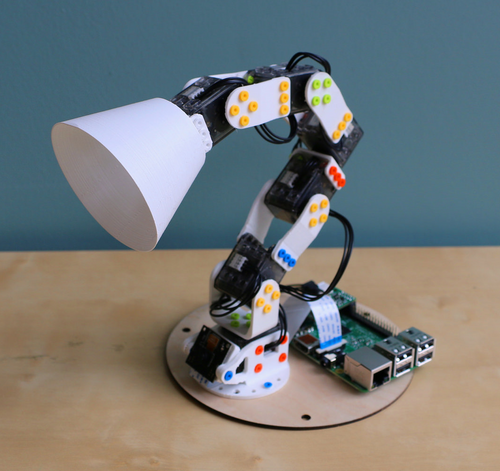